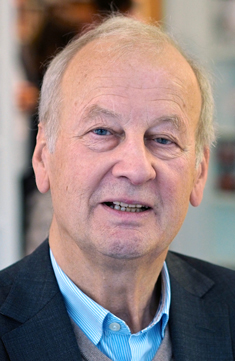 Wolf Lepenies, born in 1941, is a sociologist and historian. From 1986 to 2001 he was head of the Berlin Institute for Advanced Studies; he was also a member of the Institute of Advanced Study in Princeton for several years and held the Chaire Européenne at the Collège de France in Paris from 1991 to 1992. Lepenies is an honorary doctor of the Sorbonne, an offcer of the French Legion d`Honneur, and has numerous distinguished awards to his name. He now lives in Berlin. His last publication at Hanser was Auguste Comte. Die Macht der Zeichen (2010).

It looked to be a cut and dried plan: President Sarkozy wanted to win over his southern neighbours to form a Mediterranean union as a counterweight against German dominance in Europe. Angela ...

Auguste Comte (1798–1857) is the founder of sociology and of positivism, a school of philosophy with followers all over the world. In order to disseminate his vision, he created an order which ...

Charles-Augustin Sainte-Beuve (1804 - 1869) was one of the 19th century's greatest literary critics. Admired, attacked and vastly influential, he was perhaps the most ardent reader in the history ...