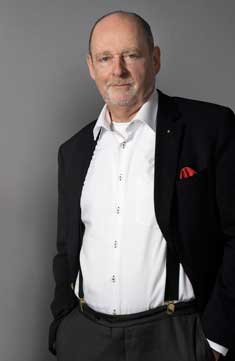 Martin Meyer, born in Zurich in 1951, studied philosophy, literature and history. In 1974 he became the editor of the Neue Zürcher Zeitung feature section, which he ran from 1992 to 2016. In 2004, he was awarded the Charles Veillon European Essay Prize for Krieg der Werte, the Kythera Prize in 2015 and the Ludwig Börne Prize in 2016. Meyer lives in Zurich. Most recent publications by Hanser: Piranesis Zukunft. Essays zu Literatur und Kunst (2009) and Albert Camus. Die Freiheit leben (2013).

Goethe and Schiller, Hölderlin and Nietzsche: How are the classics faring? How can they assert themselves in an age ...

Suddenly something disappears: a car model that shaped the look of cities for many years; a fashionable ...

Born into a poor family near Algiers a century ago, there was nothing to indicate that Albert Camus would one day shape the attitude of a whole generation. His novels and dramas, his ...

How Piranesi Saw the Future

The world of the great illustrator Piranesi is full of ruins and labyrinths. Looking over his body of work now, we can’t help but be struck by its modernity and relevance to the present day. So ...