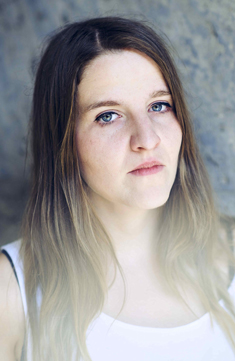 Helene Hegemann, born in 1992, lives in Berlin. In 2010 she made her debut as a writer with the novel Axolotl Roadkill, which has been translated into 20 languages. The screen adaptation, which she herself directed, was awarded the World Cinema Dramatic Special Jury Award for Cinematography at the 2017 Sundance Festival. Her latest publication by Hanser was the novel Jage zwei Tiger (2013).

Helene Hegemann’s clear and radical third book is a novel about surviving in an increasingly apocalyptic world and the vital power of free will.

The neighbourhood where Charlie ...

The rock crashes through the windscreen and kills his mother instantly. Kai (11) survives the accident, and in a state of shock decides never to be dependent on anything or anyone ever again. ...