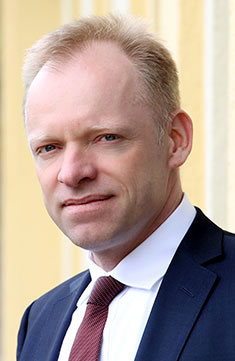 Clemens Fuest, born 1968 in Münster, has been the head of the ifo Institute in Munich since April 2016. From 2013 to 2016, he was chairman of the Advisory Council at the Federal Ministry of Finance and from 2007 to 2010, president of the prestigious Centre for European Economic Research (ZEW) in Mannheim. In the F. A. Z. Fuest took 4th place in the ranking of most important German economists in 2015.

What does the euro have to do with Greek mythology? It’s very simple:
Like Ulysses had to resist the sound of the sirens, ...